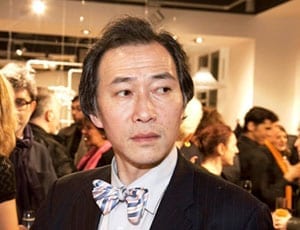 Some websites list him as the “buying director” of Harvey Nichols but their official website curiously fails to include him. This bow tie wearer is often to be found at parties in London but on many an occasion organisers have expressed surprise as to how he got in. There’s even a Twitter account in his honour named “Where’s The Pun?” Of him, the handle suggests that he can found at “any party, anywhere”.